Presidential Health Care Outlook from Both Sides of BGR 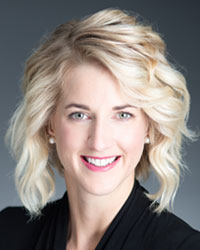 The coronavirus pandemic’s impact on employment and the health of many in the population would give a Biden Administration an easy hook with the public to bring the Democratic Party’s long-standing priority of expanding health coverage into the limelight. However, the Democratic Party is not completely aligned about how that expansion should take place. Progressive voices in the party want to see a “Medicare for All” model replace the current public-private health insurance mix while others in the party favor an incremental approach that would increase coverage but also allow individuals with private individual or employer-based insurance, especially union workers, to keep their products.

The party’s platform aims to cover more Americans through lowering the Medicare eligibility age, rolling back access to “junk plans,” expanding subsidies for plans sold on the individual market, providing coverage in states that didn’t expand Medicaid, and offering a “public option” on the exchange to compete against private plans, which would particularly help in rural areas that lack competition. To accomplish any of these efforts, Biden would have to work hard within to get buy-in from both wings of the party.

Drug pricing would also be an issue in a Biden administration. The party platform would give the Medicare program authority to negotiate with drug manufacturers on the prices of most prescription drugs and allow private insurers to use these prices as a reference. House Democrats have already passed H.R. 3, which includes Medicare negotiation and the so-called International Price Index that would peg the price of certain drugs in the U.S. to the price paid in other countries. We know from H.R. 3 that negotiation alone cannot achieve government savings and must be tied to limits on coverage (a non-starter for patients) or an upper limit or standard to draw companies to the table. So, while the platform doesn’t mention IPI, expect the negotiation conversation to be linked to such a limit. In addition, both Democrats and Republicans support lowering out of pocket expenses in Part D and limiting price increases.

What a Biden Administration can accomplish, and how, will greatly depend on the makeup of Congress. If Republicans maintain control of the Senate, expect a Biden Administration to use executive actions and rulemaking powers to roll back restrictive policies in the Medicaid program, reinstate anti-discrimination protections for the LGBTQ community, restrict short-term insurance plans and other coverage options that do not meet the ACA’s typical coverage standards, and use demonstration authority to expand coverage. Even if Democrats win control of Congress and the White House, the party will have to heal its own fissures and reach across the aisle to include Republicans to help insulate themselves from a perception that the party is pursuing a partisan health care agenda – a perception that cost the party after the passage of the Affordable Care Act. 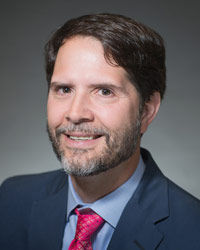 A second term for President Trump would likely extend the health-related policies of his first term, starting with his desire to repeal and replace the Affordable Care Act, also known as Obamacare. The president sees this action as essential to giving Americans more and better choice with their health care options.

A second Trump administration would also work to make health care choices more consumer-driven and provide states with additional flexibility to devise cost-saving options that would insure and protect patients.

The president’s focus would remain on the consumer, which has been his stated priority since the beginning of his term. He wants consumers to have more choices. He also wants to get rid of federal mandates that increase the cost of health insurance. That would mean more private-sector options for health care coverage such as expanded use of health savings accounts and other new, health-reimbursement arrangements.

President Trump would also give the states more power to manage their roles as they see fit and allow work requirements for Medicaid recipients when states request that authority. President Trump, in general, would prefer to give states more control over Medicaid, which offers health coverage to the poor and disabled.

The president has said he would not cut Medicare, which provides medical coverage to senior citizens. He has said he wants Medicare to “pay for value.” This means he would prefer that Medicare pay for performance of providers, so that should be expected if there is a second Trump term.

Americans should also expect a second Trump administration to proceed with the implementation of the executive orders that the president recently signed pertaining to the pharmaceutical industry in a second term. Indeed, the president has made reducing drug prices a top priority.

The president also is an advocate of reducing the number of activities that the federal government mandates. His overall reduction of regulations is an example of this leaning. In health care, he specifically wants to cut the number of mandates from Washington that increase the cost of health insurance.