OP-ED: Inside a Terrorist Tunnel, Between Lebanon and Israel 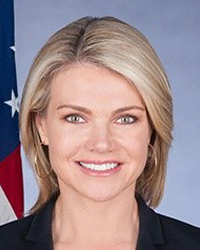 ZAR’IT, Israel — Under a hot September sun in northern Israel, we drove to a hilly rural village dotted by tidy homes surrounded by fragrant fruit trees and a secret tunnel connecting two countries long at odds with one another.

I was a few hundred yards from the border of Lebanon, where Hezbollah, an Iranian-aligned terror group, is deeply embedded in both the government and everyday life and remains a persistent threat to Lebanon and its neighbors.

When in 2018 the Israel Defense Forces discovered a network of underground tunnels along its northern border with Lebanon, concerns arose in the Middle East and at Washington. The discovery of multiple tunnel systems that connected two sovereign countries was an alarming escalation.

During this time, I served as the State Department spokeswoman and made it a priority to publicly highlight this worrisome find. But it wasn’t until four years later that I saw it firsthand. And let me just say, it was an eye-opening experience.