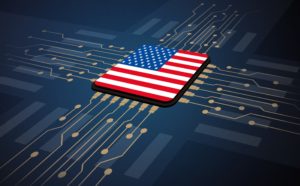 The United States Innovation and Competition Act (USICA) and America Creating Opportunities to Meaningfully Promote Excellence in Technology, Education, and Science (America COMPETES) Act Conferees negotiations have encountered a serious roadblock. As members were discussing differences between the House and Senate versions of their respective bills, Senate Republican Leadership announced Republicans would not engage in ongoing negotiations for any China competition legislation if Senate Democratic Leadership attempted to revive the long-dormant Build Back Better package through reconciliation. There are still plenty of key differences between the House-passed America COMPETES Act and the Senate-passed USICA that have not been reconciled. The Biden administration continues to make a full-court push for the legislation, including a Senators’ Only classified briefing from Commerce Secretary Gina Raimondo, Director of National Intelligence Avril Haines and Deputy Defense Secretary Kathleen Hicks. Industry is also making clear that it is making adjustments on production based on what Congress does or does not do. Right now, we believe there are at least five potential outcomes on this critical legislation.

1 – Stalemate Due to Reconciliation Revival – On Tuesday, June 28, 2022, Senate Minority Leader Mitch McConnell (R-KY) stated, “Let me be perfectly clear: there will be no bipartisan USICA as long as Democrats are pursuing a partisan reconciliation bill.” Further, on July 11, McConnell added that reconciliation would “crowd out our [Republicans] ability to process the bipartisan USICA bill aimed at competing with China,” and “our side cannot agree to frantically steamroll through delicate bipartisan talks in order to meet an artificial timeline so our Democratic colleagues can clear the decks to ram through a party line tax hike.”

McConnell’s statements follow reports about Democrats working on revised plans for their budget reconciliation package that was paused due to inflationary concerns expressed by Senator Joe Manchin (D-WV). The Democratic Majority loses the ability to use the reconciliation process at the end of September and is making one last effort to move a slimmed down package. The White House quickly responded to McConnell’s statement, by expressing that he and Republicans are “holding a bipartisan bill hostage.” This legislation has been amongst a top priority for the Biden administration. Secretary of Commerce Gina Raimondo recently weighed in stating that Congress is “playing politics with national security by delaying the passage of legislation that will liberate billions of dollars for chipmakers to build more manufacturing facilities in the U.S. amid a global shortage.”

Democrats are not happy. “No one feels like they have a fire under their ass and get it done,” said Rep. Elissa Slotkin (D-Mich.). “But I would love for some of those leaders to come to my district and sit at that roundtable and have that conversation with people and explain why election-year politics is getting in the way of having some control over our economic security.” At this stage it appears that unless Republicans re-engage, negotiations will remain on hold.

2 – House Passes Senate-passed Bill – Given the compressed schedule and loaded agenda, there is a possibility the House could pass the Senate-passed USICA bill and abandon the conference process altogether. This would give Democrats and the White House a much-needed victory ahead of the midterm elections. However, it would require House Democrats to swallow trade-related provisions they have previously opposed. Senator McConnell suggested this as a path forward if conference negotiations remain stuck. On July 13, Speaker Pelosi and Majority Leader Hoyer confirmed they were not interested in passing the Senate’s USICA bill unchanged.

3 – CHIPS Moves Alone – One of the most sought-after provisions in this process is the CHIPS Act, which aims to increase American competitiveness by subsidizing new investment in domestic semiconductor manufacturing capacity. If the CHIPS Act language is stripped out and moves on its own, roughly $50 billion would be allocated for the Commerce Department to carry out the semiconductor incentive program. Other key provisions in the package are the trade titles, which are likely to be stripped out entirely given that the House and Senate conferees did not seem to agree to the other chambers proposed language. There is a possibility that negotiators attempt to attach provisions from package to the end of year government spending package. Majority Leader Schumer has suggested the Senate could move on this as soon as next week, but Senate Republicans made clear they would not agree to advance such a package if there is still a chance a reconciliation package is moving.

4 – Lame Duck Action – If nothing breaks loose before the midterm elections due to scheduling challenges and a lack of consensus on a path forward, the legislation could be revisited in a post-election legislative session.

5 – Pushed to New Congress – With many predicting the House will flip Republican in the midterms, the legislation could be revised significantly in a new Congress. Should that happen, House Republicans could re-write provisions of the package including to increase the number of tax incentives for semiconductor manufacturing.